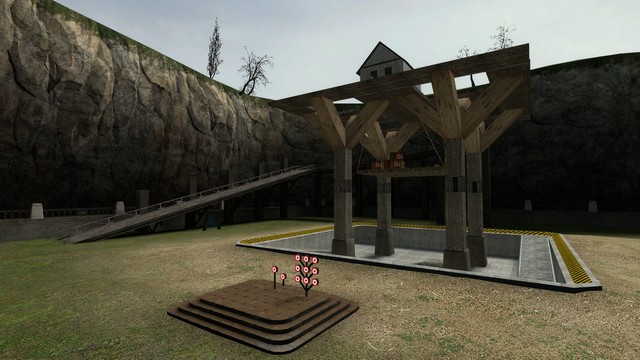 An update of gm_collapsypants, my first Garry's Mod map. Features shootable buttons, teleporters, and a variety of small fixes and additions. I recommend this version over the old one, as I put some work into making the tower more satisfying to knock down. It should be much more entertaining, for what it's worth. 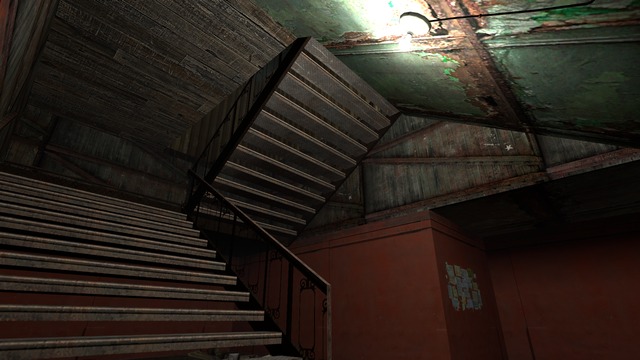 Shortly after PlanetPhillip was rechristened RunThinkShootLive came the "CityStreetsVille" mapping challenge, and I managed to cobble together an entry. Light combat in a hazy, occidental business district. 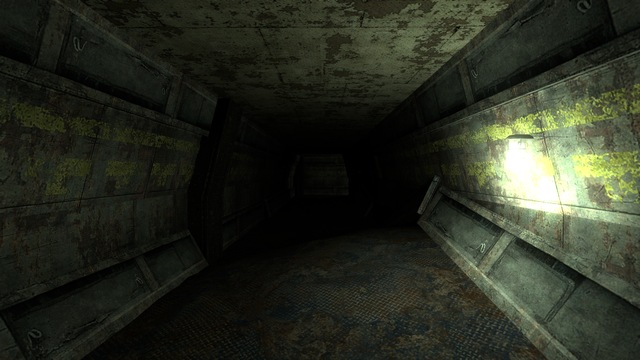 The "HorrorVille" mapping challenge, over at PlanetPhillip, was the introduction of my third singleplayer endeavor. Source included, depends on VMFII.

Mostly atmospheric, with a little combat thrown in for good measure. Not terribly horrifying. 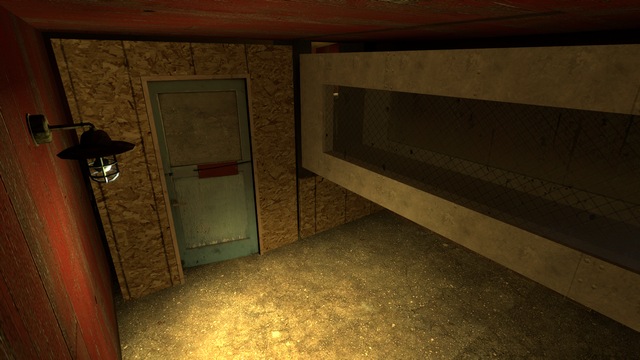 Has what I'm told is bizarre architecture, a janky puzzle as a centerpiece, and combat that I guess could be less thrilling, if I worked at it. 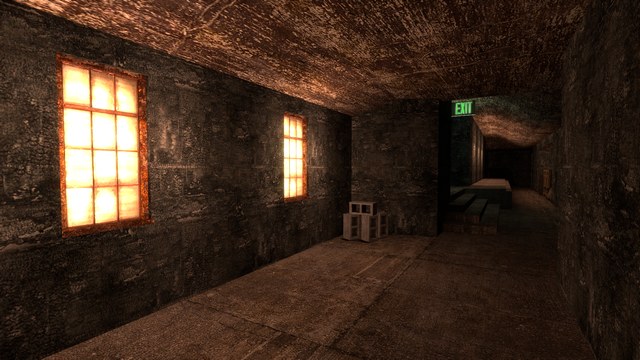 Features an unclear goal, an obnoxiously dark environment and infuriating combat. It's not too bad looking, though. 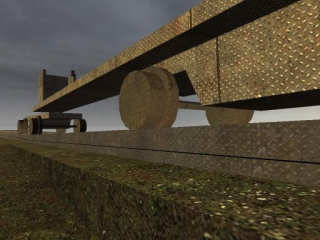 After I first played rp_subtransit I decided to toy around with my own physically simulated train design. It's nothing to write home about, but it's fun to play with for a few minutes. Further details are in the readme. 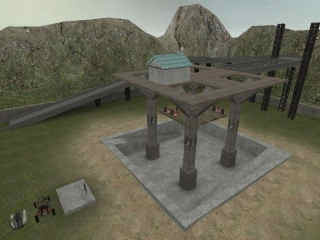 The original collapsypants was my first Half-Life 2 map, and in fact the first map I'd ever finished and released. At the suggestion of a player (credit to pc_remag for the ideas!) I released a modified version with water, and later this one, meant for use in Garry's Mod. Download a local copy above, or find it on the Steam workshop thanks to user JustExtreme.

There are no real changes that are specific to GMod beside the name, but the tower can be reset, which was novel at the time. Read this very old tutorial for details.

Ten years later I released an updated version, in the form of phys_collapsypants.

If you fancy yourself a Half-Life or Source historian, don't forget to grab a copy of the map that inspired mine, featuring a fully functional trebuchet: trebuchetcanyon.zip